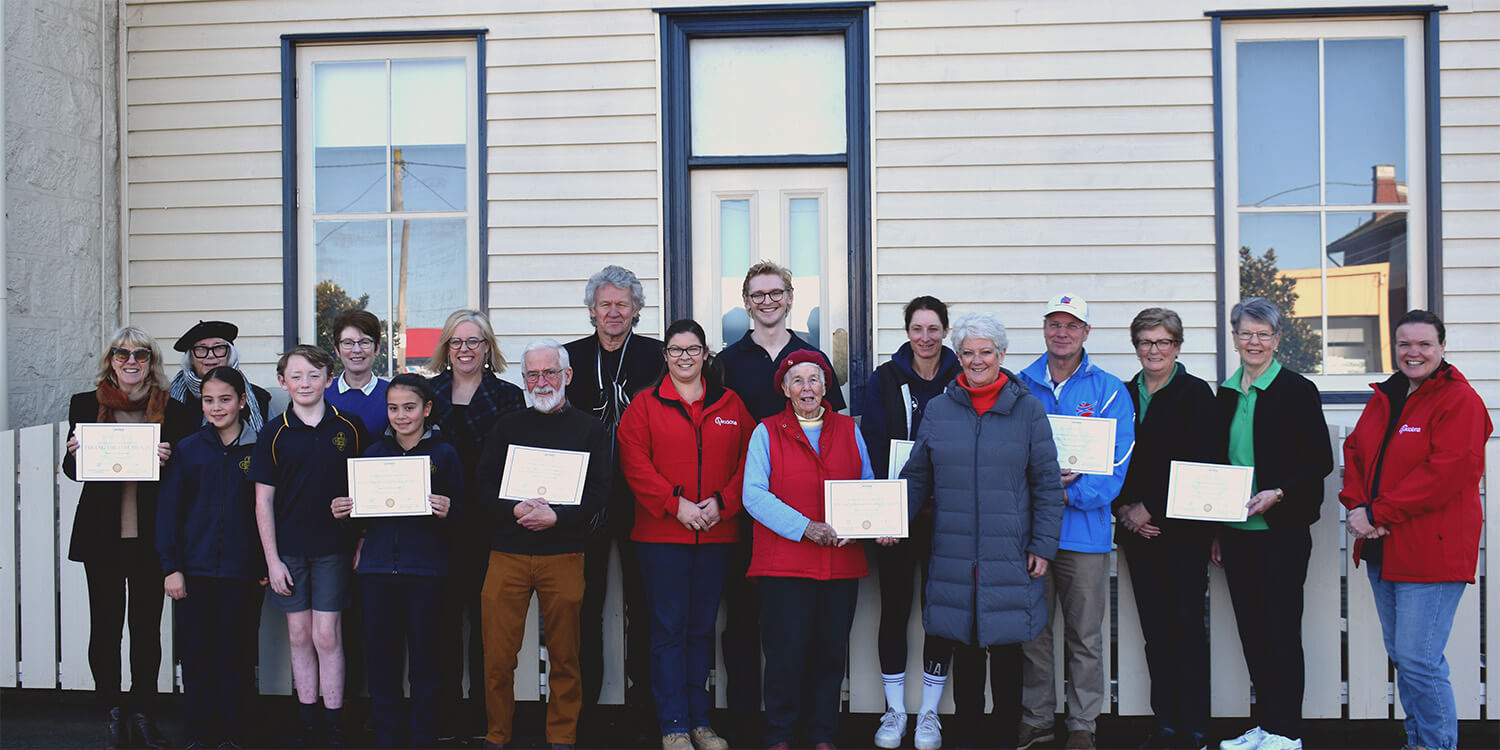 Members of 14 community groups joined together for morning tea this week to celebrate more than $45,000 in funding from Mortlake South Wind Farm developer ACCIONA Energía.

The morning tea is held every year to recognise the community groups which receive funding through the Mortlake South Wind Farm small grants and sponsorships program.

Terang Athletics Club president Ken Plummer thanked ACCIONA for the $2,750 it received towards the running of the Terang Gift. “We’ve been fortunate to be recipients for the last six years, and in a sense Acciona has been our major sponsor,” he said. “It allows the event to go ahead because it’s such a significant contribution.”

Terang Theatre Troupe member Les Cameron said the $1000 received towards a film and sound event later this year would help to unleash the community’s creativity. “Our plan is to have a competition for short film and music, be it a single song or a five-minute film,” he said. “Hopefully we’ll be able to turn it in to a bit of a fringe festival.”

ACCIONA Energía spokeswoman Emma Reiners congratulated the funding recipients. “ACCIONA Energía’s projects are about more than just energy generation,” she said. “These projects help support, build and grow the communities in which we operate. “Community grants are a core element of what we do, and we proudly support a wide range of projects and beneficiaries. “Rates, road and infrastructure upgrades are important parts of our projects, but when we can make a direct financial contribution to community members it’s deeply rewarding to see the difference this can make in people’s lives.”

This article was written by and published in the Terang Express.