Why this Spanish energy tycoon is Australia’s fortune teller 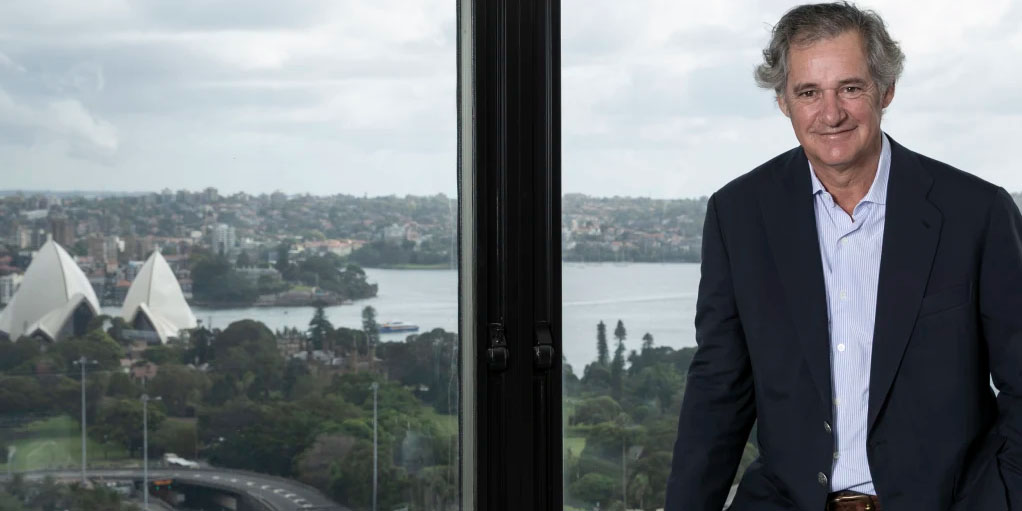 The Spanish businessman, now one of the biggest investors in Australian clean energy, is hazy on what the fight was about. He was in his late teens at the time and had joined thousands of others at the San Fermin festival in northern Spain. Was alcohol involved? No doubt. But he remembers settling the argument at a pub.

It turns out that the way Australians settle their arguments is one of the things Entrecanales likes most about the country.

In short, he respects a place with a solid court system. It is one of the reasons he is planning a pipeline of projects here worth $26 billion over the next few years. But there are other reasons, also, and they are worth hearing.

Australians are prone to putting their country down. Or, at least, complaining about the politicians who have messed it up. So the view from Europe might help explain why Australia still has immense opportunities ahead. Entrecanales was born into money but knows how to make a lot more of it. And he is placing big bets on Australia becoming a powerhouse in renewable energy.

“From an objective point of view I find that you have, by far, the best variables for growth and for stability,” he says, when asked if he is happy with the investments he has made in Australia since Acciona ventured into the country in 2002.

“I mean, you are a legally binding country. Which is, in fact, a show of legal maturity because people need the resources of law and legal arbitration because it is very efficient. In other countries you cannot do that because, in the first place, it is not fair and, secondly, it is not efficient. So that is, to me, one of the biggest assets you have, that you are naturally a very solid democracy.

“Then you have the biggest amount of natural resources in the world.” He is not just talking about oil and gas and coal: his investment plan is all about wind and solar.

“And then you have something that, I’ve noticed, you Australians don’t see so much as an asset and you’re very worried about, which is the infinite capacity to attract talent. I mean, you have a line standing outside your borders of probably three billion people just waiting outside to be allowed in. And you can select who comes in.

“That asset, together with all the other elements – space, resources, the rule of law, democracy, political stability – all of that is just unheard of. Think about where you can find that. Maybe Canada, despite the fact they have lousy weather most of the year. But Australia is an amazingly attractive long-term proposition.”

Why should Australians care about what one of Europe’s elite thinks about investing here? Parts of Australia, including most of the Nationals, are convinced that Europe is wasting its time on renewable energy. Their scepticism about the Acciona boss would only increase if they learned he has been advocating a price on carbon for years.

To make things worse, he plays polo and his family is worth about $5 billion, which puts him at No. 4 on the El Mundo rich list for Spain. Yet Entrecanales has made that fortune by being smart enough to anticipate the change in global energy over the past three decades. He inherited a construction company and turned it into a renewable energy giant. The infrastructure business remains a big part of Acciona but Entrecanales put money into the wind farms in Spain in the 1990s. Around the time others were inventing the worldwide web, he was commercialising clean power.

That makes his opinion count. Entrecanales knows how to run the numbers on renewable energy projects so they make money. And if he thinks Australia is a good place to build more clean power, you can be sure others will reach the same conclusion. Some will do it for the good of the planet. Others will do it to boost their bank accounts. Either way, the change is coming.

The numbers dictate what will happen. The Acciona chairman believes there is a solid rate of return on Australian renewables when measured in the basic unit of global finance, the basis point. He evaluates everything by whether it can deliver 300 or 400 basis points, which is to say 3 per cent or 4 per cent in returns above the cost of finding the capital to build the project.

“We require from our investments 300 basis points in minimum return over the weighted average cost of capital,” he says.

“Of course, the weighted average cost of capital depends on a number of factors, which is the country risk and our financing capacity in the country and all those elements, but basically that’s the rule of thumb. That would be a minimum. It’s often the target and it’s not easy because it’s a very competitive market, but 300 basis points would be a reasonable objective. In Australia, you may be somewhere between 300 and 400 points.”

That might not sound like a lot, but it suggests Australia may have a slight edge in attracting investment from Acciona. And, of course, others. “In normal wind and solar it’s a good risk-return equation, what you offer in your country,” he says.

What is next? Probably hydrogen.

The hydrogen economy is no fad. Yes, it was the subject of a famously premature Wired article in 1997 that said it would be the next big thing in energy. Yes, the commercial barriers are significant. But Europe is now putting immense amounts of time and money into making green hydrogen work as a way to store and transport energy that has been created by electrolysis that is powered by electricity from renewable sources.

In the Netherlands, for instance, the Port of Rotterdam has struck deals with companies including Shell to import and generate hydrogen to send by pipeline into Europe. In Spain, the company that builds the trams for Sydney’s inner west light rail, CAF, has built a hydrogen train using fuel cells from Toyota. It will be tested on the country’s rail lines at the end of this month. Navantia, the company that built three air warfare destroyers for the Royal Australian Navy (and wants to build three more), is developing a submarine powered by hydrogen.

Entrecanales forecasts an essential role for hydrogen or related fuels – liquid ammonia is one – because advanced economies will have to import their fuel.

“Japan and Europe do not have space for the size, the dimension that we need in terms of renewables to produce electricity for the electrolysing process,” he says. He adds that Australia would be a natural exporter of green hydrogen. “Your capacity is far beyond what your needs will be.”

But will it really work? Or is this just more talk? Entrecanales thinks the trade in hydrogen will only happen at large scale when the price of the fuel is cut in half from its current price around $12 per kilogram. “Economies of scale have to play a big role, like they have played in every other industry in the world, and we need to have strong demand and we need to solve a technological challenge.”

To be brief, electrolysers have to be improved significantly, most likely by shifting from proton exchange membrane to alkaline technology so the electrolysers last longer and therefore generate a better return on investment.

Will we see a hydrogen economy with a commercially viable and transportable and exportable clean fuel? “We’re living a moment of truth in trying to develop this technology,” he says. “I think we’re close, meaning I’ll see it in my shift – meaning, my professional life.”

So Entrecanales is betting on Australia. He is running with the bulls. Some of the crowd will be mauled, of course. Some will get into a few fights.

David Crowe is Chief Political Correspondent for The Sydney Morning Herald and The Age.