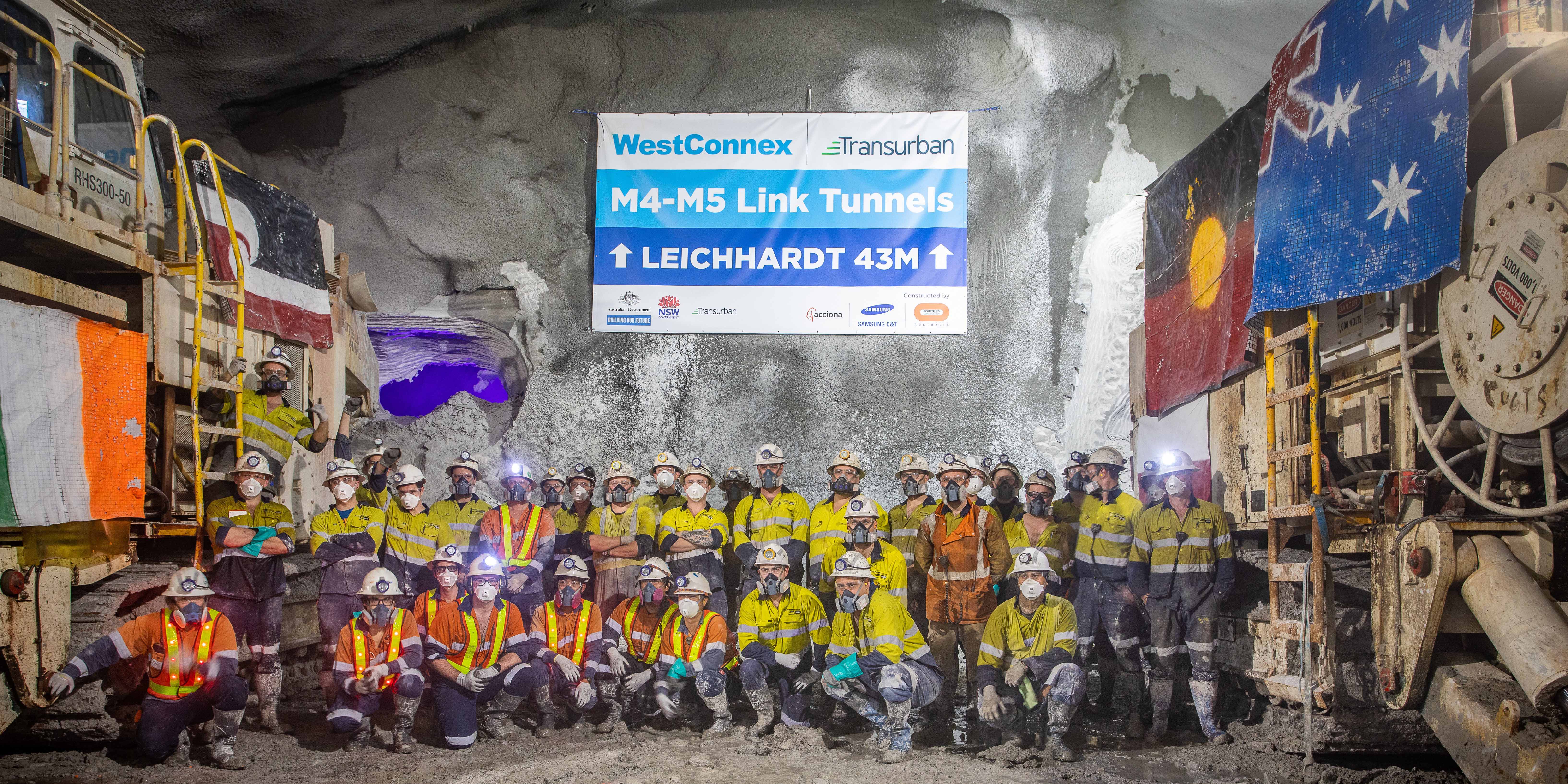 The final tunnelling breakthrough on the M4-M5 Link Tunnels has been completed, marking a major construction milestone in Australia’s largest road infrastructure project.

Prime Minister Scott Morrison said the $16.8 billion project was cutting travel times and supporting thousands of families with work as Sydney and Australia were reopening from COVID lockdowns.

“This breakthrough isn’t just for a tunnel, but it’s a breakthrough for getting people home sooner and safer and helping workers to move around,” the Prime Minister said.

“As well as the 9,000 jobs this project has been delivering, the tunnel is going to make it easier for people across Sydney to pick up work and jobs that just wouldn’t have been possible before with traffic.

“As we reopen Sydney and Australia, projects like this bypass and our record $110 billion infrastructure investment are going to give our economy even more of a boost.”

New South Wales Premier Dominic Perrottet said the third stage of WestConnex is now another step closer to forming a western bypass of the Sydney CBD.

“This project will change the lives of thousands of people, bypassing dozens of sets of traffic lights and allowing an uninterrupted drive from the Blue Mountains to Rozelle,” the Premier said.

“Our Government has its eye to the future and this breakthrough will complete a ‘missing link’ between the new M4 Tunnels at Haberfield and the M8 at St Peters.”

Federal Minister for Communications, Urban Infrastructure, Cities and the Arts Paul Fletcher said the Commonwealth Government had co-funded WestConnex from the outset with a grant of $1.5 billion and a concessional loan of $2 billion.

“This is a major milestone in what is one of the most significant road infrastructure projects in the country, which is already delivering major benefits for Sydney commuters by reducing travel times, easing congestion and improving safety,” Minister Fletcher said.

“When opened to traffic in 2023, the M4-M4 Link Tunnels and Rozelle Interchange will complete the WestConnex project, providing improved links between key employment hubs and local communities.”

NSW Minister for Transport and Roads Rob Stokes said 22 of the 33 kilometres of WestConnex would be underground, including the 7.5 kilometres that make up the M4-M5 Link Tunnels.

“This final breakthrough means both the north and southbound tunnels are connected for the first time, with roadheaders carving out the rock 43 metres below ground at Leichhardt,” Minister Stokes said.

“The milestone is an enormous credit to every one of the 9,000 workers and sub-contractors who’ve worked on the project, ensuring construction continues safely.

“The M4-M5 Link Tunnels will remove tens of thousands of vehicles from surrounding streets, including Parramatta Road, and will help slash up to 40 minutes from an average peak journey between Parramatta and the Sydney Airport.”

Transurban CEO, Scott Charlton, said drivers are already enjoying the benefits of WestConnex, with close to 150 million trips made on the first two stages in the last financial year.

“The New M4 Tunnels and M8 have been transformative for Sydney, by easing traffic congestion and improving liveability for local communities,” Mr Charlton said.