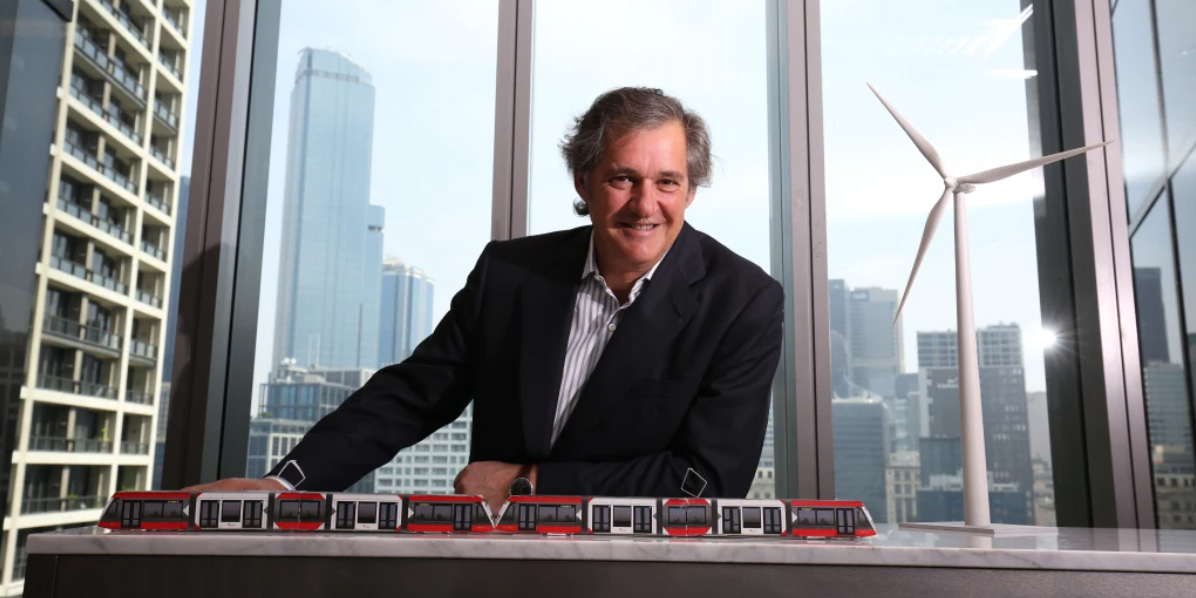 ACCIONA chairman José Manuel Entrecanales said the company would build at least six times the capacity of its flagship project, the MacIntyre wind farm in Queensland, because of the strong commercial returns from meeting domestic demand and one day exporting Australian renewable energy.

The head of the Spanish energy and construction giant, which posted revenue of €8.1 billion last year, said the cost of generating solar and wind power in Australia had fallen to the point where it was an efficient source of renewable energy compared to other countries.

“Australia can be possibly the most effective destination for our investment,” he said in an interview.

Entrecanales, who expanded the family company into wind power in the 1990s, said the Labor government policy to put $20 billion into the electricity transmission grid was essential to the Acciona investment plan because new sites for wind and solar power needed access to the grid.

“It’s like this: I wouldn’t build a furniture factory if I didn’t have transport for my furniture available. Why produce if I can’t convey my product to the client? It doesn’t make any sense.

“So it’s essential and it’s something that’s happening around the world. The energy transition, in all sorts of infrastructure needs, is going to require immense amounts of capital around the world.

“It depends on a whole lot of factors but the risk element and the return element are affected by your distribution capacity, transport capacity, natural resources – all these elements count but you end up with an equation and your equation is very good.”

Prime Minister Anthony Albanese went to the election with a policy called “rewiring the nation” that included plans to use $20 billion in Commonwealth debt to finance upgrades to the grid so it could carry more electricity from renewable projects.

Acciona and others have had to limit the locations for their solar and wind projects because promising sites are too far from the grid, while the Snowy 2.0 hydro scheme also needs a big investment in transmission lines.

The biggest Acciona renewable project so far is the MacIntyre wind farm near Warwick in Queensland, where construction began in June and the goal is to generate 1GW of electricity. The company expects to develop 6GW of capacity in addition to this project over the next five years.

Asked if Australia could produce renewable energy at a lower cost than other countries, Entrecanales said the economies of energy investment were not significantly different to others but that the country’s AAA credit status and strong legal system gave it an advantage.

“In normal wind and solar it’s a good risk-return equation, what you offer in your country,” he said.

This could lead to an export market for Australian renewable energy by using electrolysers to produce hydrogen from solar and wind power, he said, but it would depend on the effort around the world to drive down the cost of hydrogen as a transportable fuel.

Entrecanales conceded the company’s part in the dispute over its most contentious Australian project, the long-delayed construction of Sydney’s light rail network from Circular Quay to Kingsford, which led to years of litigation with the NSW government and other contractors and a cost blowout of $2.7 billion when it was eventually settled.

“It was a very liquid contract, and when I say liquid I mean it was a contract that wasn’t prepared for the complexity of the job,” he said.

“So the client wanted things that needed to be done but we had very little capacity to quantify and convey to the client the cost of that.

“All those elements of additional cost were unexpected or not adequately quantified by anyone, including ourselves and the client.”

Even so, Acciona has become one of the biggest builders in Australia with ongoing projects worth $5.1 billion such as the runway for the Western Sydney Airport, the central section of the Sydney Metro West, and in Melbourne the modernisation of the Frankston railway line and the extension of the Hurstbridge railway line.

Past projects include the Legacy Way tunnels in Brisbane, the Toowoomba bypass and the desalination plant in Adelaide.

The pipeline of $26 billion in future projects includes 10 that are pending resolution and are worth $7 billion as well as $19 billion in tenders under development.

The company generates almost 18 per cent of its business in Australia.

David Crowe is Chief Political Correspondent for The Sydney Morning Herald and The Age.