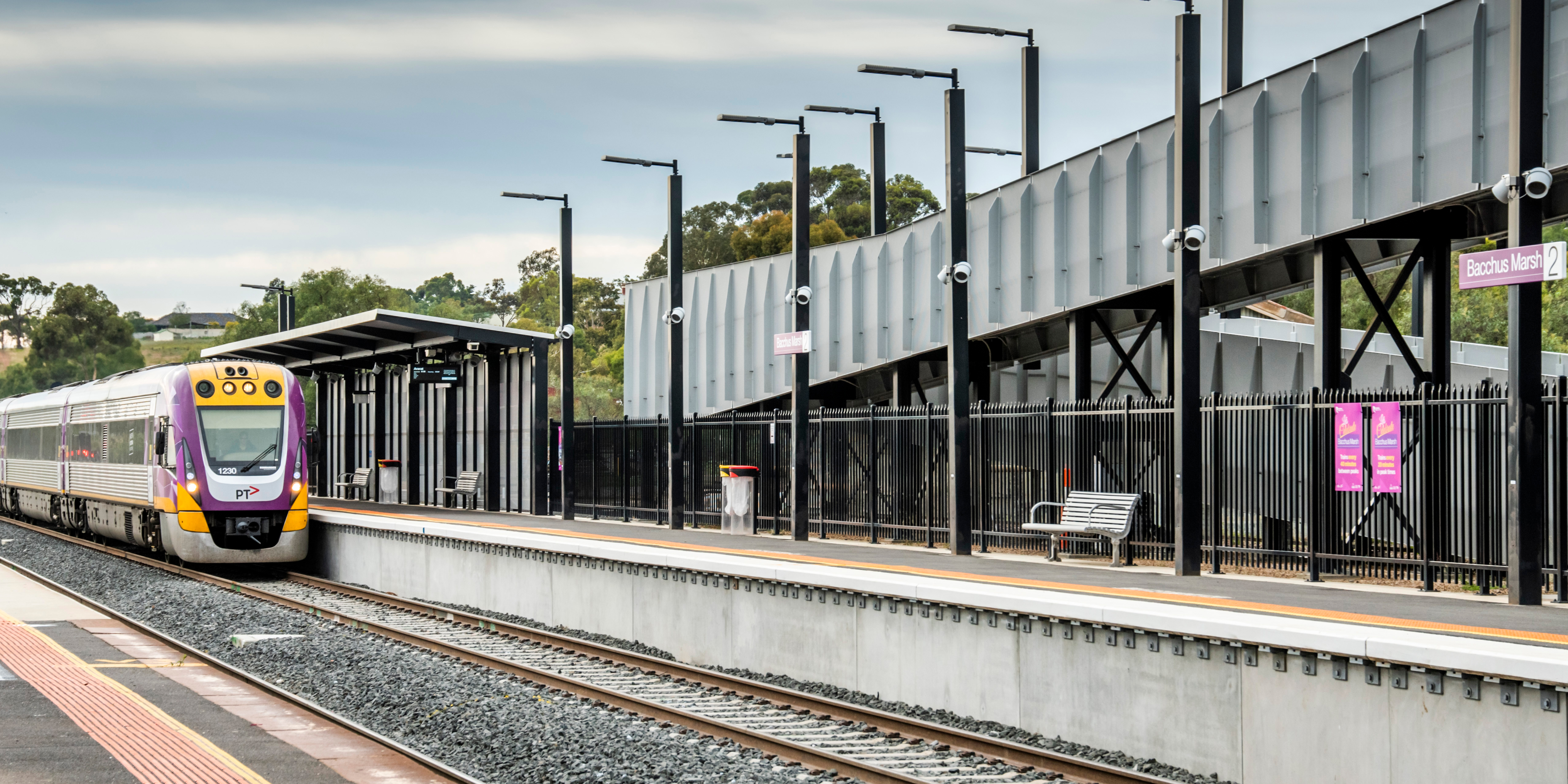 The upgrade was completed on Sunday 31 January after a 5- week occupation that started on Boxing Day. Crews carried out commissioning, critical safety testing and driver training during the final phase of works to integrate the new track, platforms and passing loops built as part of the project with the existing network. Works included completing seven level crossings over nine days, removing four level crossings on the decommissioned Bungaree passing loop and completing trackwork at Bacchus Marsh Station. Add in a new operating greenfields timetable that was introduced from Sunday 31 January and you’ve had a busy time of it since Christmas.

“The final commissioning of the Ballarat Line Upgrade is a major milestone for the business and has help establish Coleman Rail as a major constructor in the Australian rail market, which will lead to further work opportunities with Rail Projects Victoria,” said Sean Bonham, Executive General Manager of Coleman Rail. “Team BLU should be very proud of getting the job done!”

Construction Manager Josh Thompson has been on the project since mid-2017 and said the final occupation was a tremendous success and testament to the team. “A 34-day occupation that was completed 100% on time, including the first three days of operational performance post-major commissioning, plus the introduction of a new greenfields timetable.”

In fact, the whole project was a great success. “Over three and a half years the project inducted some 4,800 people, worked 1.6 million hours and had zero Lost Time Injuries. That’s not insignificant,” said Josh.

Passing loops at Ballan and Millbrook are in operation, and provide more options for trains to pass each other in these sections, allowing more frequent services and helping services recover faster from unexpected delays.

The 18km of track duplication between Melton and Deer Park West has helped to boost reliability along the entire line.

The project also delivered a new station at Cobblebank and major upgrades at Rockbank, Ballan, Bacchus Marsh and Wendouree stations.

Upgrades at Wendouree Station allow trains to pass each other here for the first time, so passengers on delayed services from Melbourne are less likely to be transferred to replacement coaches at Ballarat.

The Hon. Jacinta Allan, Minister for Transport Infrastructure and Minister for the Suburban Rail Loop, was on hand for the opening of the Ballarat Line.

“What a day for the Ballarat line. We’ve completed the massive Ballarat Line Upgrade and delivered 135 extra services to get passengers along the line where they need to go more reliably than ever before,” said the Minister.

“Thanks to the crews for their around-the-clock work on the project, and to the fantastic station staff - including the Stationeers - who keep the station grounds and beautiful heritage elements looking great.”

The Ballarat Line Upgrade has included:

The construction contractor for the Ballarat Line Upgrade was a consortium comprising ACCIONA, Coleman Rail and SMEC, in partnership with RPV and V/Line.