ACCIONA to build a 1,026MW wind farm in Queensland

ACCIONA will build its largest ever wind farm in Australia, the MacIntyre complex in Queensland, with a total capacity of 1,026MW, the company announced today. The project will boost the Queensland government's decarbonisation strategy, mobilising total investments of AU$1.96 billion (€1 billion). The bulk of the investment will take place between 2022 and 2023.

ACCIONA has reached an agreement with CleanCo, the Queensland Government’s newest renewable energy generator, for it to become the independent owner and operator of a 100MW wind farm within the MacIntyre complex. In addition, CleanCo will acquire the annual production of 400MW from ACCIONA's facilities for ten years through a power purchase agreement (PPA).

ACCIONA is negotiating additional supply agreements with private clients as well as the possible involvement of other offtaker-investor partners for its 926MW in the MacIntyre complex.

The project is scheduled to begin construction in mid-2021, with a gradual start-up in phases to ensure connection to the grid for the state's electricity system, while optimizing the return on investment. Some 64 km of transmission lines will be laid to connect the wind complex to the grid. The entire MacIntyre complex is scheduled to be fully operational in 2024.

MacIntyre's 1,026MW capacity will generate clean electricity to power about 700,000 homes and avoid the emission of nearly 3 million tons of CO2 per year. By greening Queensland's electricity mix, the MacIntyre wind complex will help the state meet its decarbonisation commitments and climate change mitigation strategies. The scale of the MacIntyre project makes it one of the largest onshore wind farms in the world today.

The complex will consist of 180 Nordex Group’s Delta4000 turbines, each with a capacity of up to 5.7MW, which are the latest generation of turbines launched by the German manufacturer. 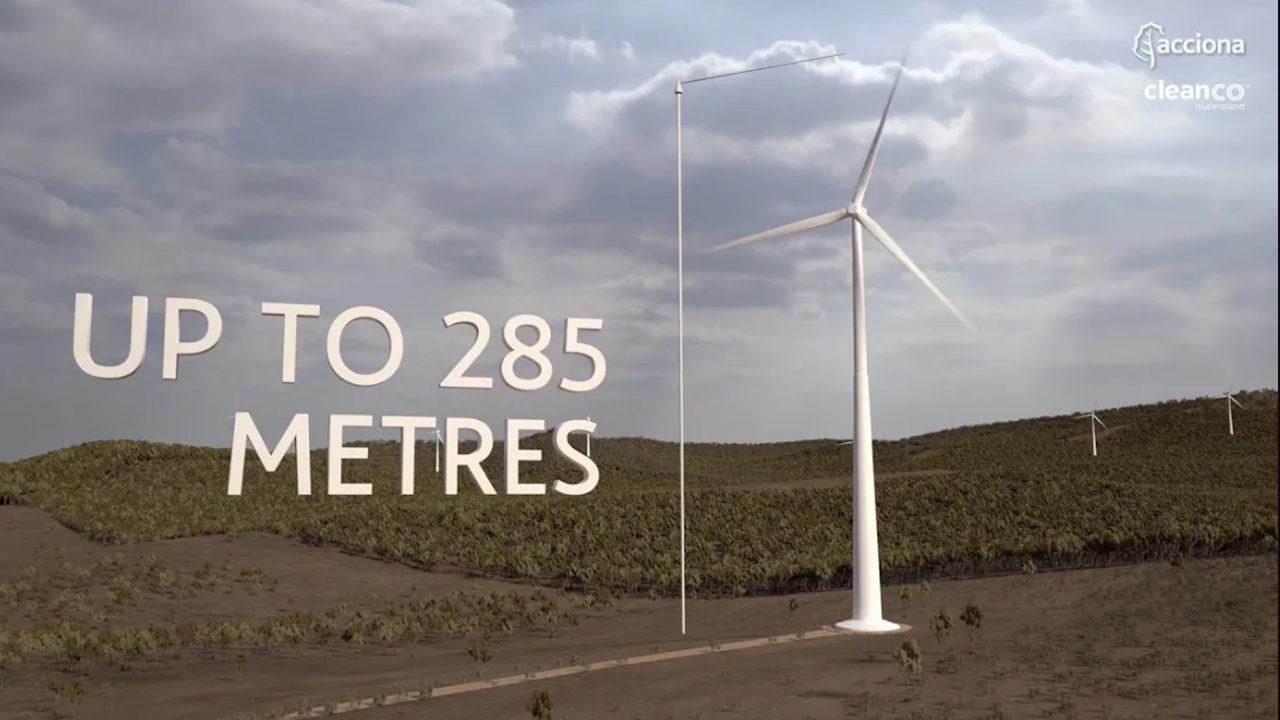 Up to 400 jobs will be generated over the life of the project, providing regional Queensland communities with a significant economic boost. Local spend during construction is expected to exceed AU$500 million.

The creation of a Community Scholarship Program will also provide financial support for college and TAFE students.

ACCIONA has been operating in Australia since 2002, where it has successfully developed its renewable energy, water and infrastructure businesses.

Its Infrastructure unit has built major projects such as the Legacy Way tunnel in Brisbane, a 41km bypass for the Toowoomba motorway, a desalination plant in Adelaide, the Mundaring water treatment plant East of Perth, and the Sydney Light Rail. In Western Australia, ACCIONA is currently building the country’s first waste to energy (W2E) plant in Kwinana and has been awarded a second W2E project in East Rockingham. The company is developing a number of rail projects in the state of Victoria. Last December, ACCIONA announced an agreement to acquire eight key projects from Lendlease Engineering; the deal is expected to become effective in the first half of 2020.

Images 1 and 2: An ACCIONA’s wind farm in Australia