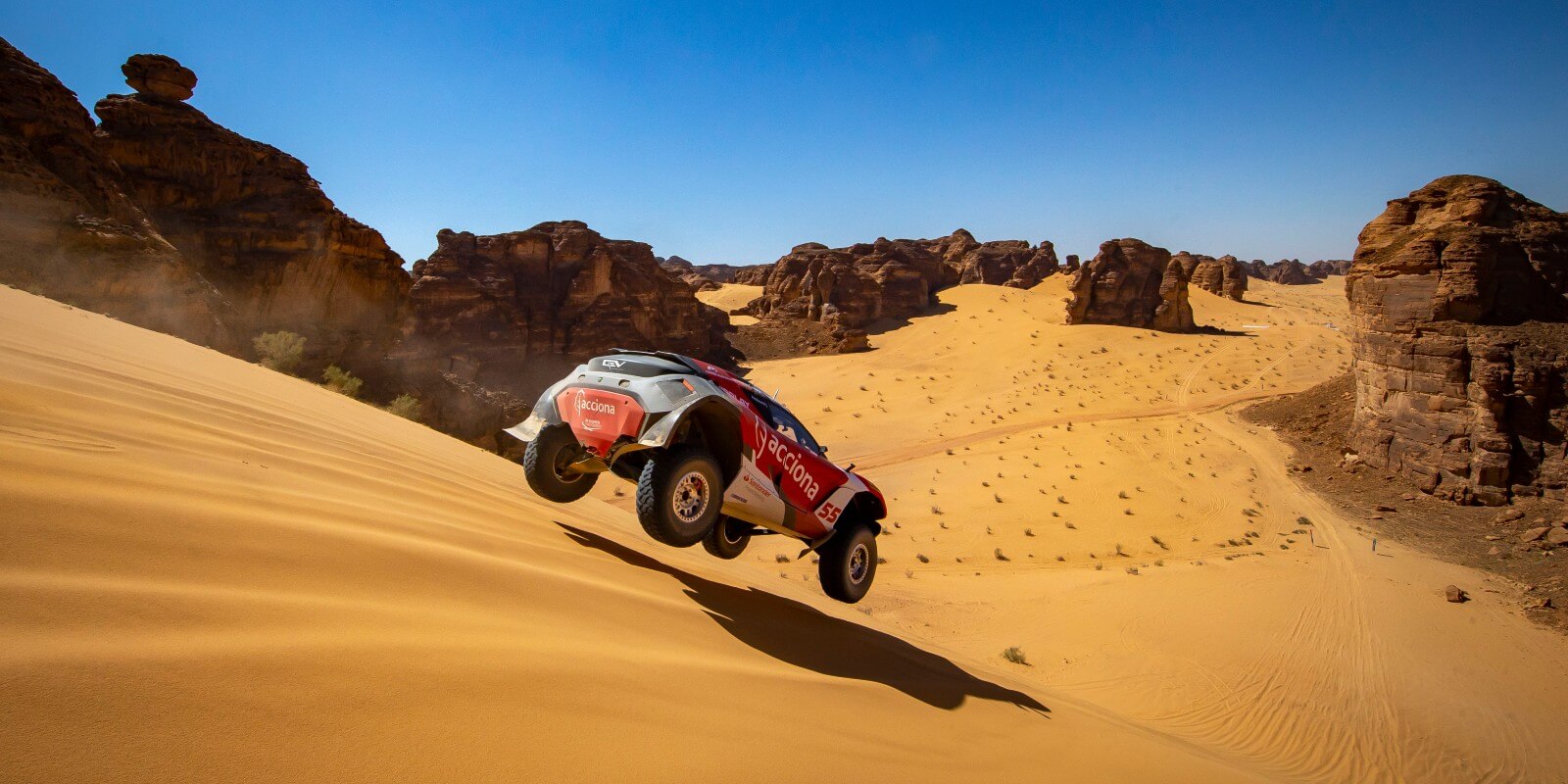 The ACCIONA | Sainz XE Team will compete this Saturday, May 29th, in the second round of Extreme E, the new sustainable electric SUV off-road championship that seeks to raise awareness of climate change’s threats through five races in endangered ecosystems around the world.

This second prize, the Ocean X Prix, will take place in Dakar, Senegal, on a natural racetrack between the Atlantic coast and the Lac Rose, an emblematic location in motor racing history for having hosted the final leg of the Dakar Rally from 1979 to 2007. The race will reflect the impact of rising sea levels and plastic waste pollution in the ocean due to human activities.

Carlos Sainz and Laia Sanz will once again lead the ACCIONA | Sainz XE Team, behind the wheel of the official 100% electric vehicle for the race (Odyssey 21) that demonstrates the competitiveness of sustainable mobility even in the most challenging environments.

The ACCIONA | Sainz XE Team starts the Ocean X Prix in fourth place in the overall standings, with 26 points. In its debut in Saudi Arabia, it fell short of reaching the final after finishing third in Semi-Final 1, because of the dust that hindered an overtaking.

With this new foray into top-level motor racing, ACCIONA seeks to reinforce the social commitment to the fight against climate change and the need to accelerate the transition to a low-carbon economy through mass sport events.

The new Extreme E competition is the first to propose a format designed to promote sustainable development and the fight against the climate emergency, as well as gender equality, values to which ACCIONA is committed.

The ACCIONA | Sainz XE Team will compete against eight other teams in five races throughout 2021 in landscapes affected by climate change around the world. The first X Prix was held in Al-Ula, Saudi Arabia, and drew 18.7 million spectators’ attention to the impact of desertification and drought caused by global warming.

Extreme E, a signatory to the United Nations’ Sports for Climate Action Framework, is committed to having a zero carbon footprint. All emissions from the races and their logistics will be offset.

The competition also promotes gender equality. The rules state that teams must have a 50/50 split of men and women, with the same number of kilometers driven by each team member.

For this Ocean X Prix in Senegal, the competition will develop several environmental awareness activities under the auspices of a specialized scientific committee. In collaboration with the NGO Oceanium, Extreme E and its teams will help replant the mangroves and will support the EcoZone project that aims to minimize the shortages of the Lac Rose community.

Carlos Sainz, driver and partner of the ACCIONA | SAINZ XE Team, has won the World Rally Championship twice, in 1990 and 1992. He has also won three Dakar Rally titles, and has received the last Princess of Asturias Award for Sports. Laia Sanz, the other half of the team, has been the Trial world champion thirteen times and the Enduro world champion five times. She has finished all the Dakar Rally editions from 2011 to 2021, winning the women’s motorcycle category. Her participation is her official jump from motorcycles to four-wheel vehicles. In recent weeks, she has continued her training for Extreme E at the Andalusia Rally.

ACCIONA, which already led the first team that managed to finish the Dakar Rally with a zero-emissions vehicle in 2017, will once again seek to demonstrate the reliability of electric mobility and the competitiveness of renewable energy on the most challenging landscapes. QEV Technologies, an engineering firm specialized in electric mobility R&D with vast experience in competitions, will be the team's technological partner.