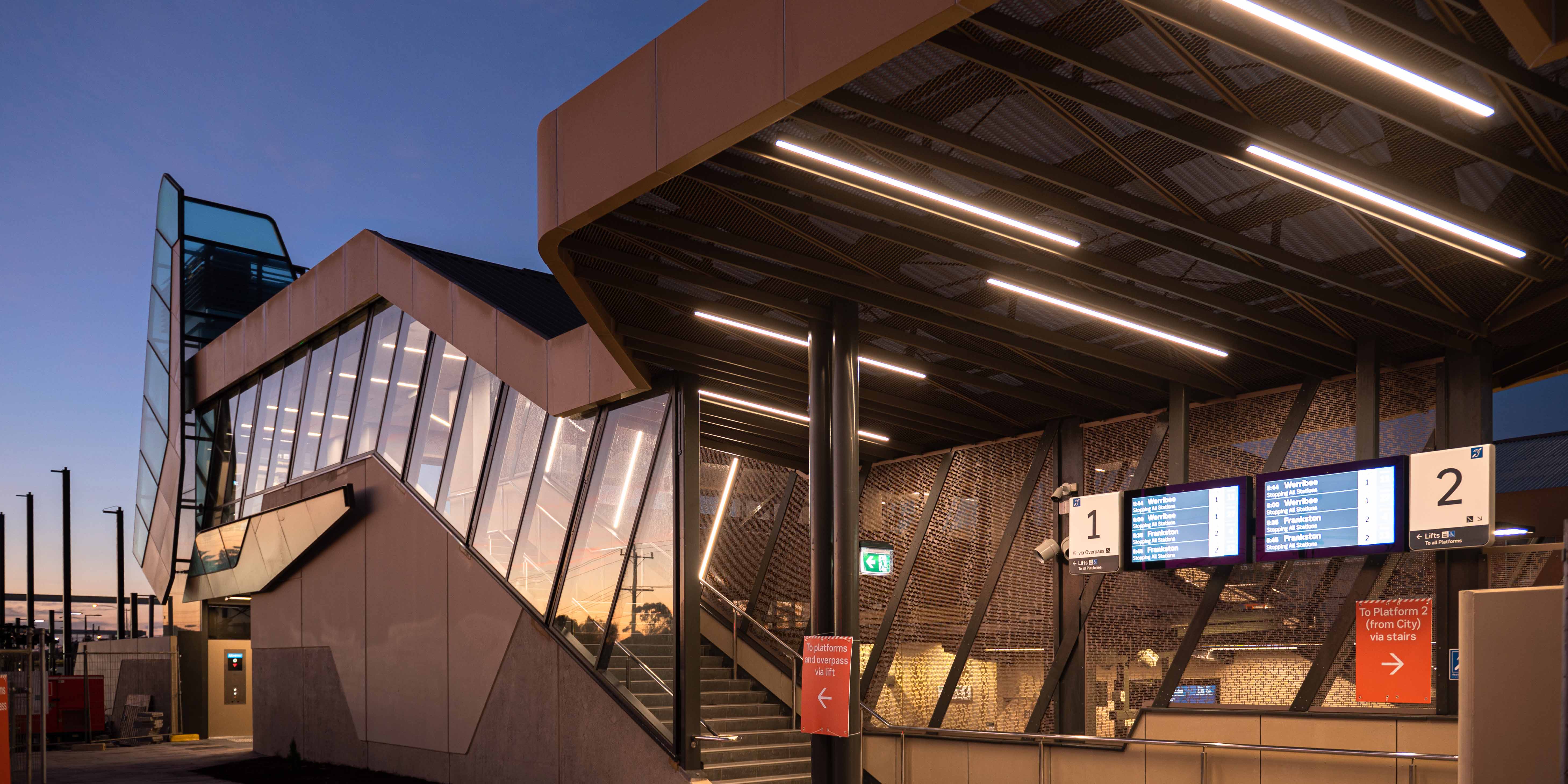 We’re celebrating a major milestone with Melbourne’s 50th dangerous and congested level crossing officially declared gone for good at Bondi Road, Bonbeach – along with the removal of 4 more level crossings at Chelsea and Edithvale.

The golden milestone, which was reached one year ahead of schedule, with a total of 85 level crossings set to go across Melbourne by 2025 to improve safety, reduce congestion and create capacity for more trains, more often.

From Monday 22 November, train services will also resume along the full length of the Frankston line, which is one of Melbourne’s busiest, and the new Edithvale, Chelsea and Bonbeach stations will open after 10 weeks of major works.

Our 2000 strong workforce got rid of 5 level crossings – including Melbourne’s 50th – by lowering the Frankston line under the local road network and into 3 rail trenches, each around 1km long and up to 7m deep. We also built 4 new road bridges above the trenches at Edithvale Road, Edithvale, Argyle Avenue, Chelsea, Bondi Road, Bonbeach – and the new east-west link across the rail corridor at Thames Promenade, Chelsea.

To thank the community for its understanding and patience during our works, the team was up bright and early on Monday morning to celebrate at the stations and local shops, with surprises and music to mark the 50th removal milestone.

While the new stations are open, crews will remain in the area until mid-2022 completing car parking, planting and landscaping works around the stations including more than 800 trees and 85,000 shrubs, groundcovers and grasses to enhance the area’s coastal look and feel and install walking and cycling paths to create more than 11km of continuous shared user path from Edithvale to Frankston.

This project was vital because the boom gates at Edithvale, Chelsea and Bonbeach had previously been down for up to 40% of the morning peak, causing delays for commuters including drivers, cyclists, and pedestrians.  In addition, more than 40,000 commuters use the Frankston line every day and current network plans to increase the number of trains running on the Frankston line meant the boom gates would be down for even longer without the project.