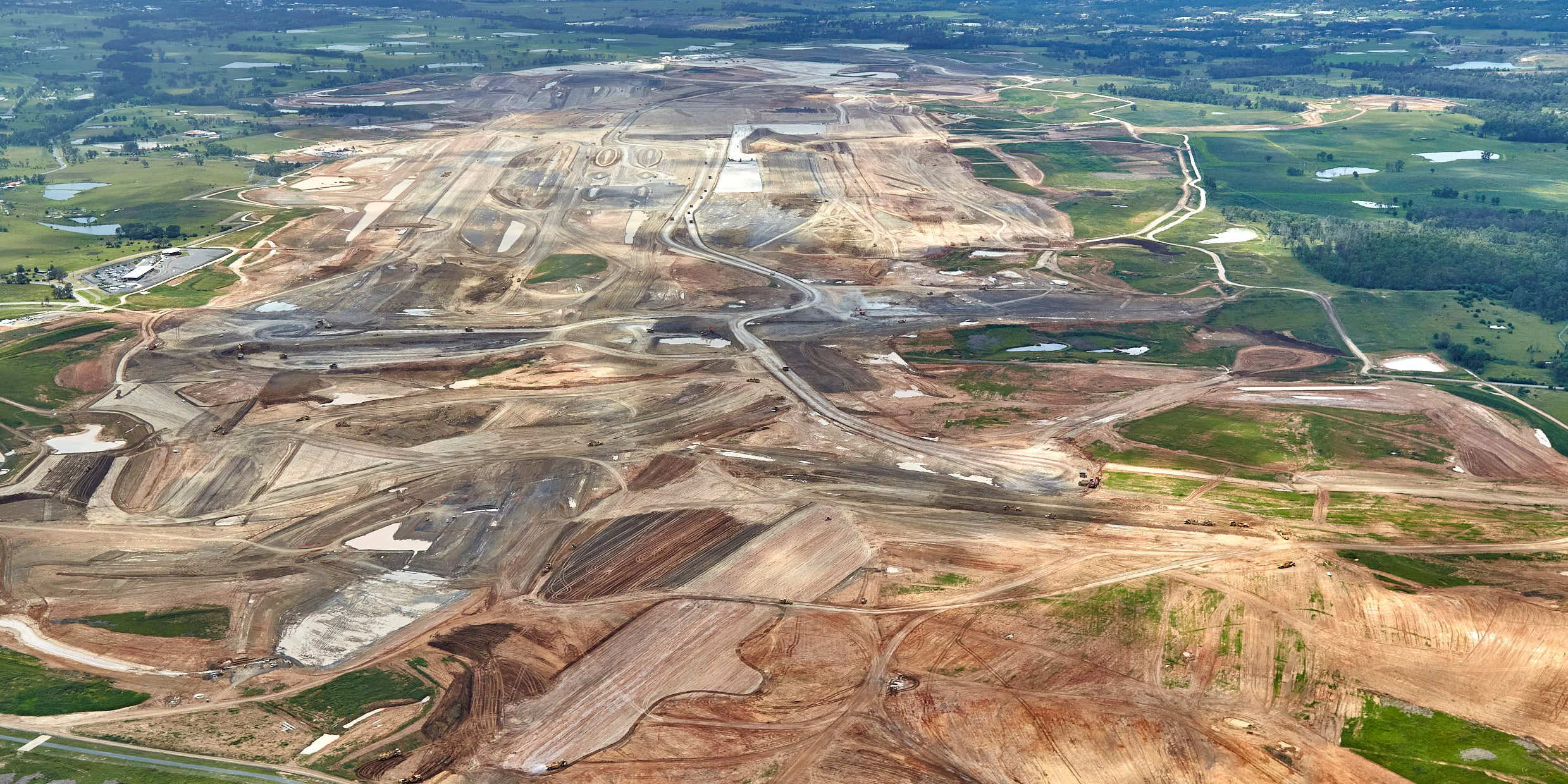 It has taken 260 earthmovers the equivalent of 1.5 million hours to move 5000 Olympic swimming pools of dirt but the earthworks at the new Western Sydney International Airport are now half done.

“We’re running hard to get Western Sydney Airport built and open, so it’s great to reach this important milestone,” communications and urban infrastructure Minister Paul Fletcher said ahead of visiting the site on Friday.

“The scrapers, excavators, dump trucks and dozers on this site are some of the biggest in the world, the kind you expect to see on mega mining projects,” he said.

“Hundreds of skilled workers, more than half of them from Western Sydney, are working on site to support the 260 pieces of earthmoving equipment at work to prepare the site for airport construction.”

One of those is ACCIONA’s Ashley Taylor, the site’s only female supervisor, who likened working on the airport to competing in the “earthmoving Olympics”.

“No amount of dirt is going to be moved like this, in such a short period of time and in such a compact area, again in my lifetime,” she said.

“If you watch all the machines working together from above it is like a clock mechanism. It is hugely rewarding.”

Not only that, when the airport is finished her commute for a flight from her Oran Park home will only be eight minutes.

“The impact this site has had on our area already is immense,” she said.

Finance Minister Simon Birmingham said: “Constructing an international airport from the ground up is providing Australia the runway for a world-class airport that not only will be a gateway for international visitors in the future but a hub of domestic economic activity for Western Sydney.

“With the airport expected to support almost 28,000 direct and indirect jobs by 2031, this project continues to deliver local job opportunities and ongoing stimulus by attracting business and industry to the region.”

Construction of the passenger terminal will begin at the end of the year, with runway and taxiway construction beginning in the middle of next year.

The airport is due to open in 2026 flights with a capacity for 10 million passengers a year.