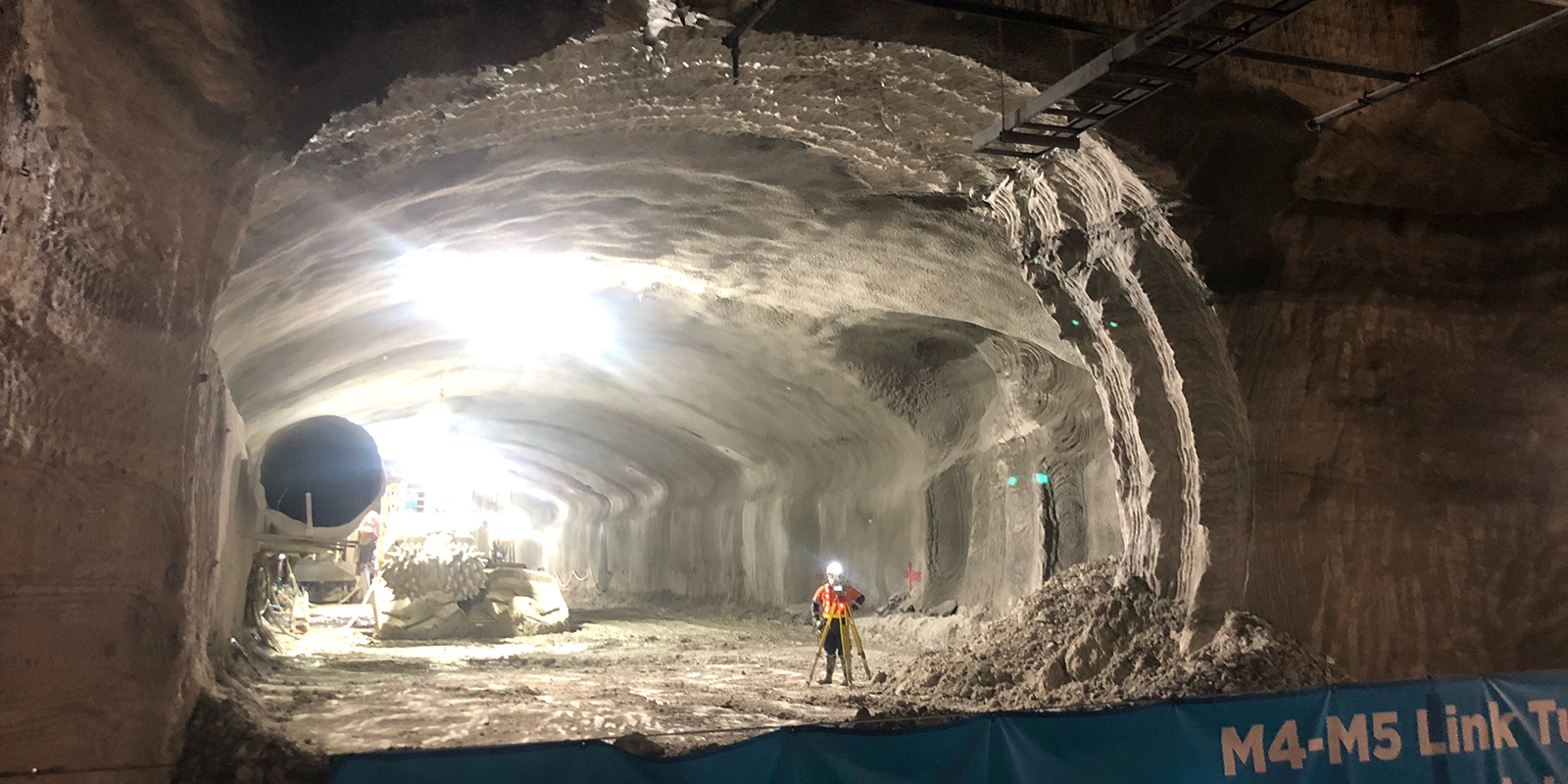 Roadheaders have carved their way from the M4-M5 Link Tunnels into the M8 Motorway, connecting the two stages of the WestConnex project for the first time.

“The Commonwealth and NSW have worked closely together on WestConnex and our joint financial commitments are delivering major benefits to Sydney motorists in reduced travel times, less congestion, and greater safety,” Mr Fletcher said.

New South Wales Minister for Transport and Roads Andrew Constance said this breakthrough is the first of six planned on the $3.2 billion project this year.

“The M4-M5 Link Tunnels are the missing link in Sydney’s motorway network. Once connected the twin 7.5 kilometre tunnels will create an underground western bypass of the CBD,” Mr Constance said.

“These tunnels will change the way people move around Sydney, providing a link between the M4, M8 and through to the M5 corridor as well as connections to future motorway projects including Sydney Gateway,  M6 Stage 1 and the Western Harbour Tunnel and Beaches Link via the Rozelle Interchange.

“Significant progress has been made underground with 17km excavated and tunnelling on track to be completed this year. These tunnels are so important because they will allow drivers to experience the full benefits of the 33 kilometre WestConnex network.”

Transport for NSW Acting Deputy Secretary Howard Collins said the project had provided a significant boost to the NSW economy and jobs during a challenging year marked by the Coronavirus pandemic.

“Of the more than 7,000 workers and sub-contractors involved in the project to date, more than a third are from Western Sydney, highlighting the jobs and opportunities this project is creating for local workers and businesses,” Mr Collins said.

“The project continues to be a major jobs driver with around 1,100 people currently working on the M4-M5 Link Tunnels and more than 400 contracts signed with NSW-based suppliers and companies.”

“The M4-M5 Link is utilising the largest number of roadheaders on a single project anywhere in Australia, each progressing at around 25 metres per week,” Mr Head said.

“Around 25 per cent of the road pavement has now been laid and the mechanical and electrical fitout of the tunnels is also under way.”

When the M4-M5 Link Tunnels open in 2023, drivers using the New M4 Tunnels will have the option to stay underground at Haberfield and travel on up to four lanes through to the St Peters Interchange.

The M4-M5 Link Tunnels will further enhance the current travel time savings for drivers using WestConnex, allowing them to save up to 40 minutes on a trip between Parramatta and the Sydney airport.