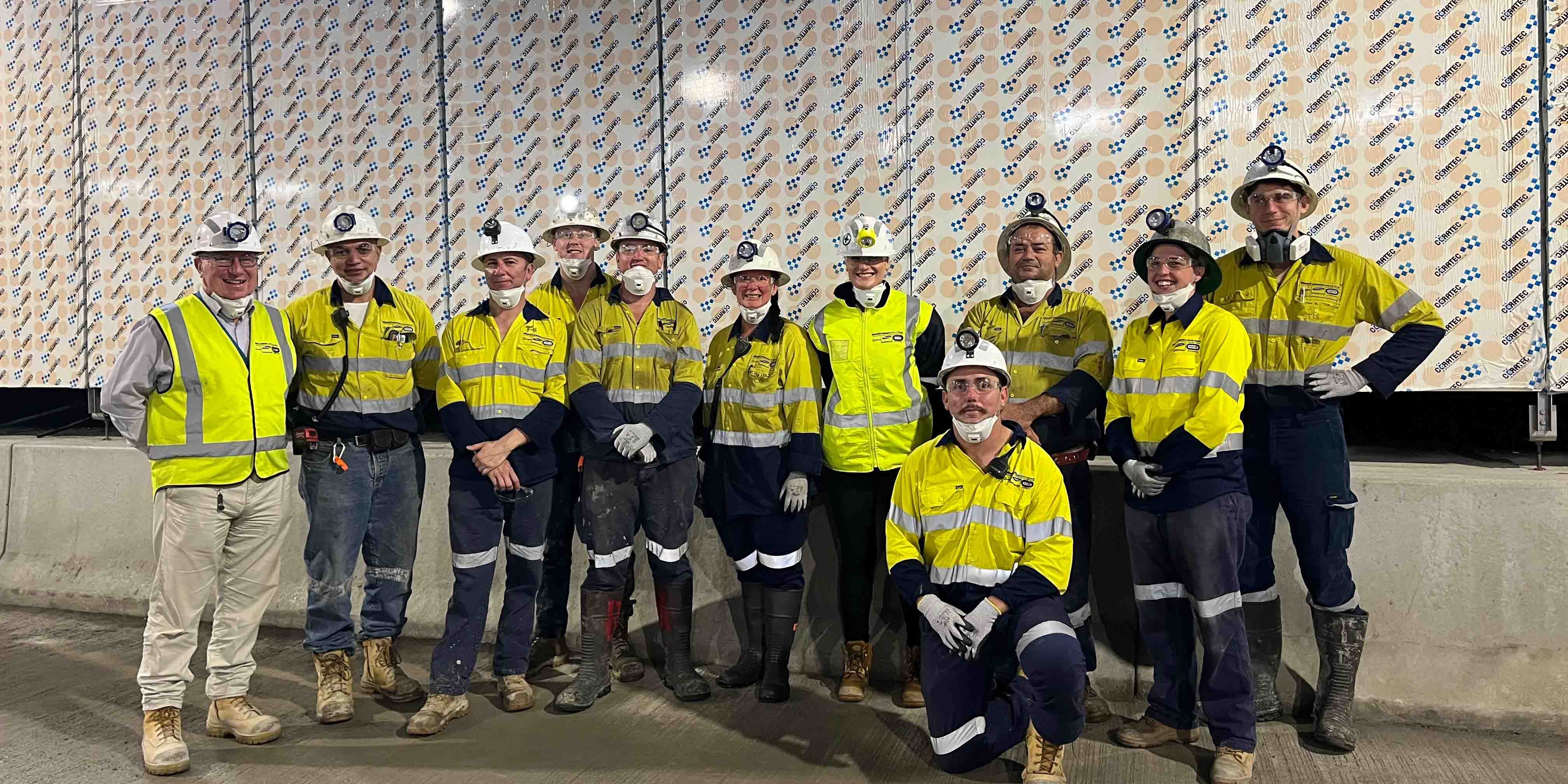 In a major milestone, the new road surface has been laid on the WestConnex M4-M5 Link Tunnels paving the way for the completion of the 7.5km motorway.

“With the road paving, excavation and tunnel breakthroughs complete, the last of the roadheaders have packed up and left the M4-M5 Link Tunnels site, allowing us to move into the final stages of construction before we open to traffic,” Mr Perrottet said.

“Once complete, WestConnex will reduce travel times by up to 40 minutes between Parramatta and Sydney Airport by bypassing up to 52 sets of traffic lights.”

“This critical project will help transform Sydney’s road network helping more people get to where they need faster and take the pressure off our local roads with the new link having capacity for up to 100,000 vehicles a day.”

Federal Minister for Communications, Urban Infrastructure, Cities and the Arts, the Hon Paul Fletcher MP, said the completion of the ‘missing link’ in the WestConnex will significantly reduce traffic and heavy vehicles on congested local streets like Parramatta Road.

“WestConnex is one of the most significant road infrastructure projects in the country, and it’s already having an impact on the lives of Sydneysiders by improving connections across the city,” Minister Fletcher said.

“More than 10,000 workers have been involved in the M4-M5 Link Tunnels so far, with around 40 per cent of them from Western Sydney.

“Today marks another significant milestone in the delivery of this project with the road paving having now been completed meaning for the first time, we are able to drive from one end of M4-M5 Link Tunnels to the other.

“The Morrison Government continues to work closely with the NSW Government to deliver city shaping infrastructure projects like WestConnex – the last stage of which will be completed next year.

“What this will mean for the people of Sydney is less time spent in traffic and more time with loved ones, and the ability to move around the city more easily for work, which has a positive economic and productivity impact.”

Minister for Metropolitan Roads Natalie Ward said the NSW Government is committed to transforming the way we move around Sydney.

“Our motorways play a vital role in getting commuters where they need to be, with a quicker and more reliable journey,” Mrs Ward said.

“The M4-M5 Link Tunnels form a critical aspect of our transport planning, taking the pressure off local roads and helping commuters spend less time behind the wheel and more time with their loved ones.

“Now we are entering the next exciting stage, fitting out the tunnels and getting them ready for drivers, who will be able to experience the full benefits of WestConnex when the project is completed next year.”

The countdown is now on to delivering the final piece of the 33km world-class motorway, with work also continuing on the Rozelle Interchange.

“With 40 per cent of Sydney expected to live within five kilometres of WestConnex within the next decade, this project will transform the way we move as part of a mobility revolution across our city,” Mr Head said.

“We have already seen air quality improve by 10 to 15 per cent in parts of the inner west since the opening of the M4 tunnels, while travel times have reduced by up to an hour and safety has improved by up to 40 per cent.”

Fly through the WestConnex Tunnels here.