Improvements To The Murray Basin Rail On Track

Media Release from the Minister for Transport Infrastructure Jacinta Allan 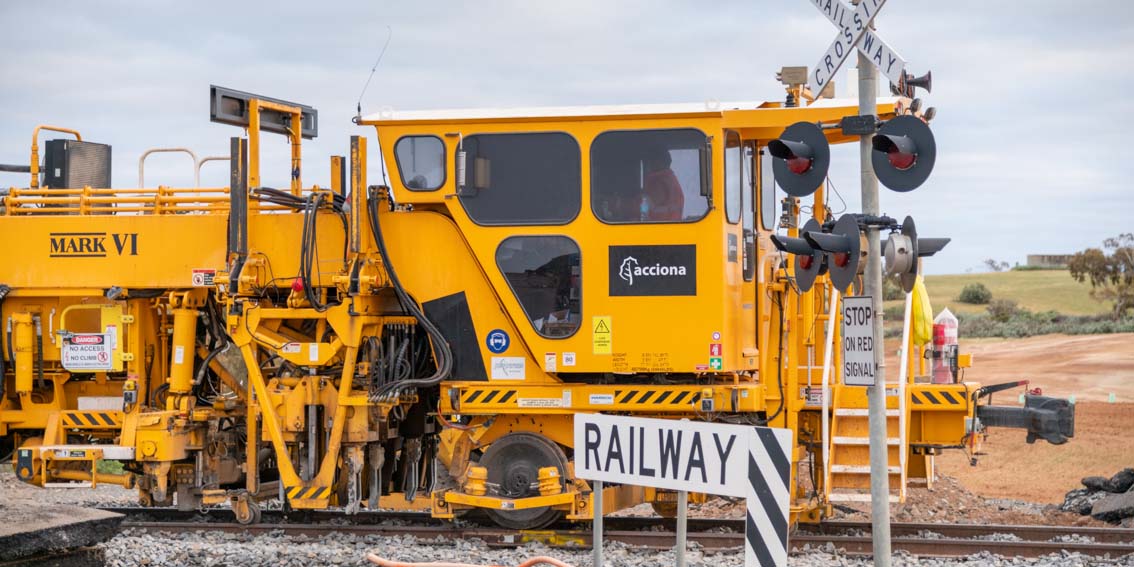 The Victorian Government is providing a boost to the economy with upgrades to the Murray Basin Rail Project ahead of schedule.

Crews recently completed 109 kilometres of re-sleepering and ballast installation, while a contract has been awarded for the project’s next stage of works.

It is estimated this stage of the project, which has involved more than 130 workers on site, is bringing over $200,000 a month to the region in spending on accommodation, food and hospitality.

The Murray Basin Rail Project has replaced more than 57,000 sleepers and installed 30,000 tonnes of ballast. The works are expected to be completed by mid-2022 and will remove most of the speed and heat restrictions which have limited use of the line.

The alliance delivering the works – which comprises ACCIONA, Coleman Rail and SMEC, supported by Rail Projects Victoria and V/Line – has been awarded the contract for the next package of works. Further works include track upgrades on the Ararat to Maryborough Line and Merbein and Donald siding works.

Significant planning, design and industry consultation took place in 2021 in preparation for works on the Ararat to Maryborough Line. Works are expected to be completed by the end of the year.

A modern signalling system will also be installed by V/Line at Ararat Junction to improve safety, efficiency and reduce transit time through the junction, with works now underway.

Design work and procurement is also underway on further upgrades, including new crossing loops and sidings, improvements to Maryborough and Dunolly junctions and signalling upgrades.

Works will enable 49 train paths on the Murray Basin network, up from the current 28 paths, and it is estimated to remove around 20,000 truck trips off the road.

The revised scope of works for the Murray Basin Rail Project is being delivered with an additional $195.2 million investment from the Australian Government and $48.8 million from the Victorian Government.

Minister for Transport Infrastructure Jacinta Allan said, “These vital works will allow us to move more freight onto rail – boosting the safety, capacity and reliability of services and better connecting primary producers to our major ports.

“Our investment in Victoria’s freight network will enable trains to travel faster, carry more and run more often – meaning we can move more product and create more jobs for Victorians.”