ACCIONA’s Isabella Nichols has a big win in the West 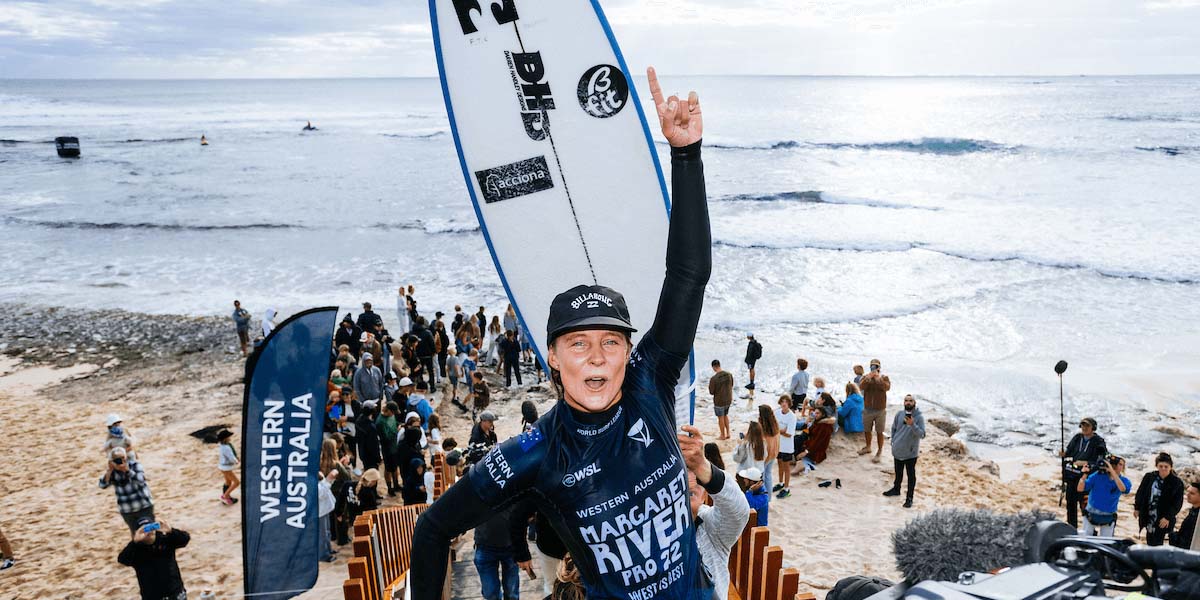 The Margaret River Pro surf event finished up on Wednesday, with ocean conditions remaining big and powerful all the way through to the end. Local West Oz hero Jack Robinson won the men’s division, but in great news for ACCIONA, our sponsored athlete Isabella Nichols took out the women’s.

In a welcome policy shift, the women’s side of the surfing world tour (known as the World Surf League) has been exposed to bigger, more consequential surf this year – a move that was immediately tested when the women paddled out at Hawaii’s widely feared Pipeline break on Oahu’s north shire in January.

Western Australia’s Margaret River is renowned for producing the biggest contestable surf in Australia. It’s all about windy, dark ocean, heavy wetsuits and power surfing at Margarets, and over the past two weeks the dramatic venue did not disappoint.

Isabella, the 24-year-old natural-footer from Queensland’s Coolum Beach – who’s also an engineering student – topped off a series of solid showings this year with her first world tour win.

Along the way, she beat Brazil’s Tatiana Weston-Webb, California’s Lakey Peterson, Frenchwoman Johanne Defay, and local favourite Bronte Macaulay. Surfing forehand on the Mainbreak righthander, Isabella’s 30-minute final against Hawaii’s Gabriela Bryan was a classic. The waves for the final were a clean 6-8 foot, and the righthander ends in a notoriously shallow rock ledge known as The Bricks, which requires the surfer to complete a closeout re-entry in knee-deep water and then quickly get body and board out of harm’s way.

The win nets Isabella $80,000 prizemoney and 10,000 world title points. The resultant jump of eight places on the tour rankings means she’s qualified for the rest of the year and now sits at world number 4, with tropical events in Indonesia, El Salvador and Brazil on the horizon.

You can watch highlights of Bella’s win here.