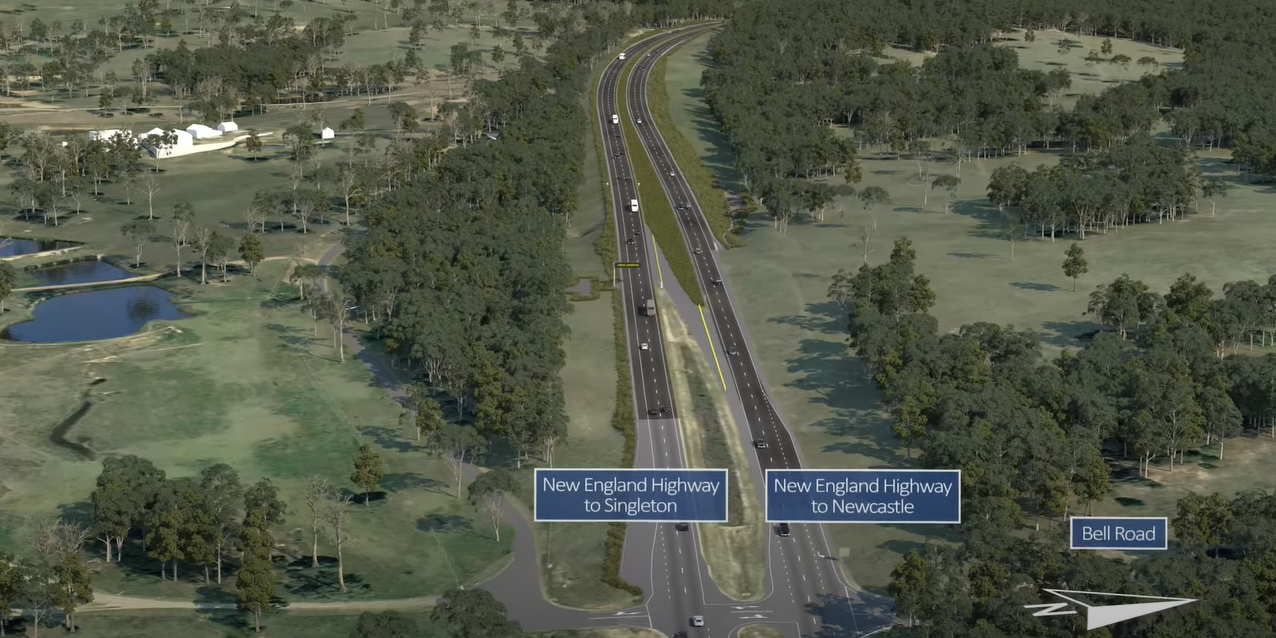 Safer and more reliable journeys are on the way for the Golden Highway at Whittingham and the New England Highway at Belford, with a construction contract awarded to Acciona Construction Australia Pty Ltd to carry out upgrades of these critical stretches of road.

Deputy Prime Minister and Minister for Infrastructure, Transport and Regional Development Michael McCormack said the Australian and New South Wales Governments are jointly funding a bridge over Mudies Creek on the Golden Highway to improve travel reliability during flood events.

“This is a vital route used extensively by heavy vehicles servicing coal mining, grain production and other industries in the Hunter Valley and Central West,” the Deputy Prime Minister said.

“The upgrade will involve building a new 30-metre-long bridge over Mudies Creek, five metres above the current road level and high enough to withstand a one-in-100-year flood.

“This will deliver improved travel reliability for the 7,000 vehicles which travel on this stretch of the Golden Highway each day.

“We continue to roll out these types of major projects across the nation under our record $110 billion infrastructure investment plan, which will help people get home sooner and safer while driving our economic recovery.”

The new bridge forms part of the Golden Highway – Belford to Dubbo Improvements project, funded under Round 4 of the Australian Government’s Heavy Vehicle Safety and Productivity Program.

NSW Minister for Regional Transport and Roads Paul Toole said the contract awarded on 28 May 2021 will also see the NSW Government invest $97 million to upgrade the New England Highway between Belford and the Golden Highway.

“The New England Highway is a critical connection between the urban and employment centres of Maitland and Singleton, which are planned future growth areas for the Hunter, so it’s important we upgrade it now to deliver a safer, smoother road network for years to come,” Mr Toole said.

“We know how much better roads mean to our regional communities, so we’re working hard to deliver stronger road networks fit for the future.

“Both the Golden and New England Highway projects are expected to provide an important boost to the local economy, creating more than 270 jobs during construction.”

Senator for New South Wales Perin Davey said upgrading both highways would be a huge win for both locals and the freight industry.

“The New England Highway is part of the inland route of the Sydney to Brisbane National Land Transport Network and the primary route connecting the Upper Hunter with Maitland and Newcastle,” Senator Davey said.

“The Golden Highway connects the New England Highway at Whittingham to Dubbo linking the west to one of our most important freight corridors.

“These road corridors are designated B-Double routes and are used extensively by heavy vehicles servicing coal mining, grain production and other industries in the Hunter Valley and the Central West to access the port of Newcastle, so these works will be a huge win for many.”

State Member for Upper Hunter Dave Layzell said the New England Highway upgrade will reduce the risk of crashes and improve traffic flow for the more than 22,000 motorists using the highway each day.

“We’re getting on with the job of delivering for locals. Work will start on the New England Highway upgrade later this year, followed by Mudies Creek Bridge in 2022 subject to environmental approval.”

The upgrades are due to be completed in late 2024, weather permitting, and are jointly funded, with the Australian Government committing $23.8 million and the NSW Government $23.85 million.

More information on the upgrades is available on the New England Highway upgrade between Belford and the Golden Highway project page.